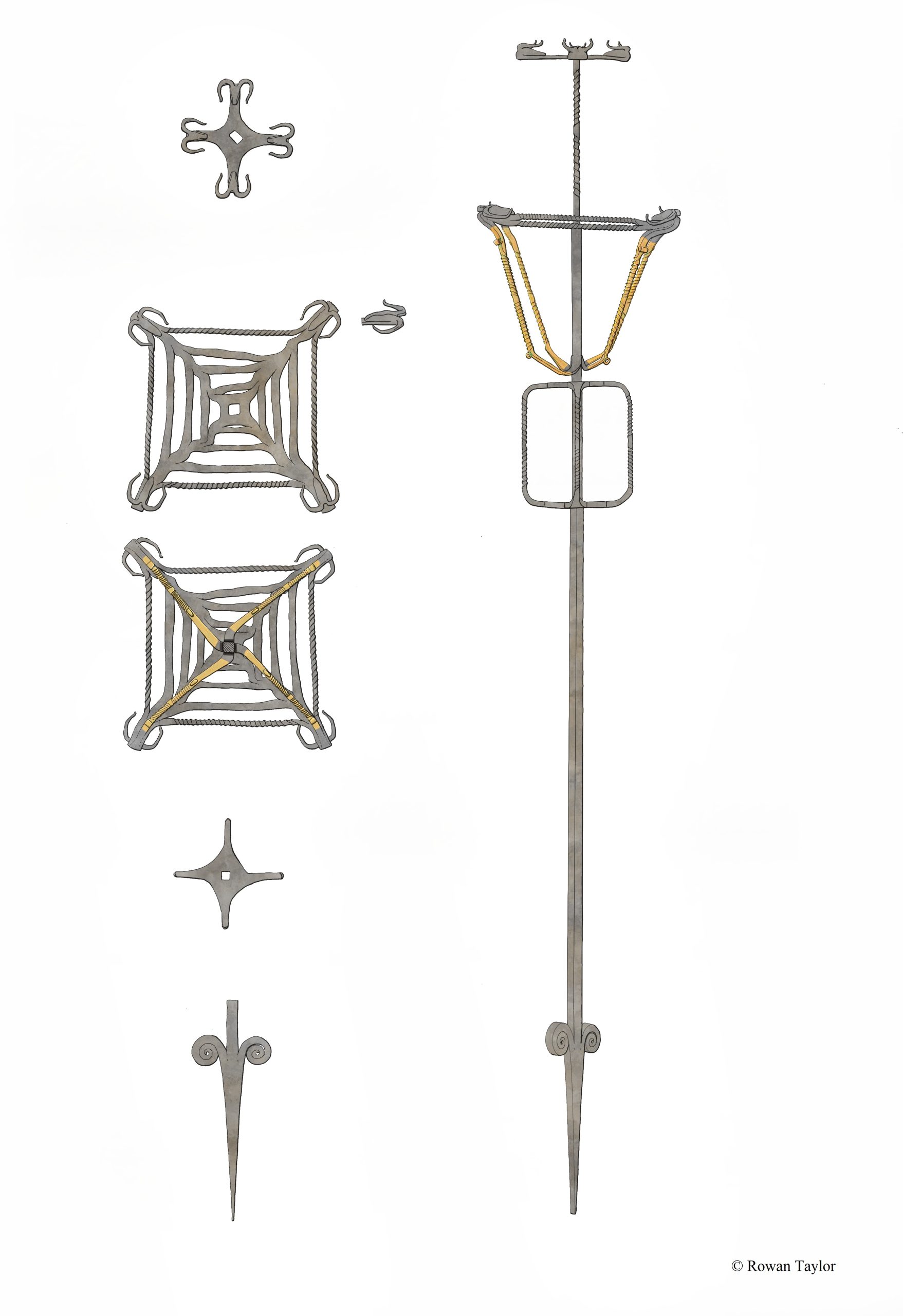 The likely appearance of an iron stand excavated from the Sutton Hoo ship burial in 1939 has been defined several times by academics, but never by a craftsman, until now. In a paper published in the EXARC journal, blacksmith and historical ironwork specialist Rowan Taylor suggests that the appearance of the object may have been different from the current reconstruction.

In this webinar, which will appeal to those with general interest as well as ironwork and archaeological specialists, Rowan will explore the constructional evidence provided by the object itself, and explain how the conclusions drawn from that evidence might affect the appearance of the object.

Suscribe to our newsletter